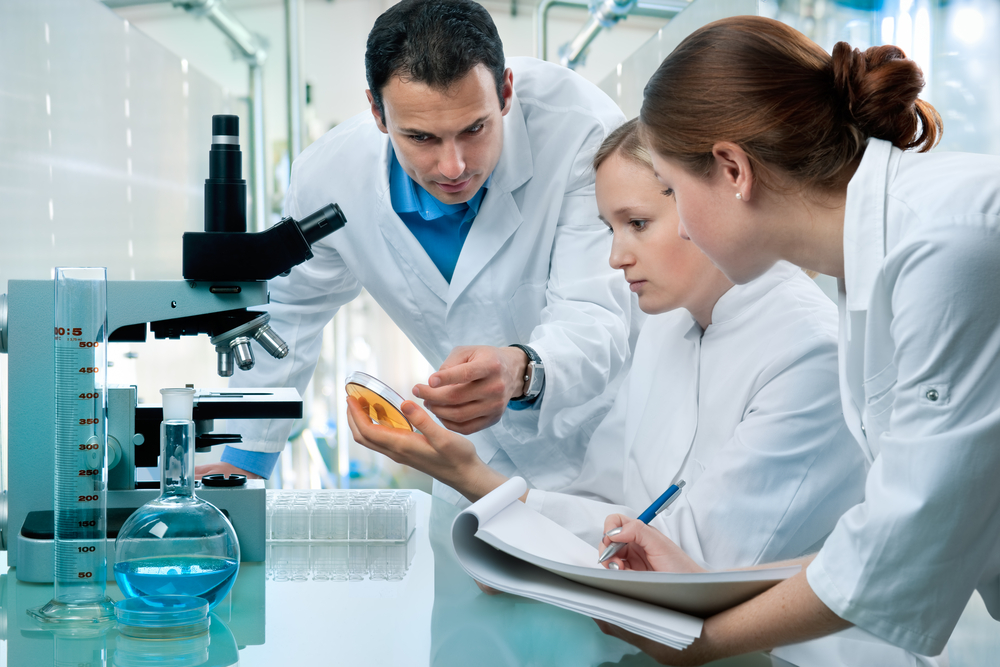 A company that supports the process development and manufacturing of live biotherapeutic products (LBPs) needs to know bacteria inside out: not just the potential therapeutic effects of the strains, but how the strains behave under different conditions and in different contexts. A better understanding of mechanisms of action, after all, allows better optimization of the manufacturing process.

Biose Industrie knows this well. For several years CEO Adrien Nivoliez has watched for rising stars in the research community and has initiated collaborations with these early career researchers to answer questions about bacterial behaviour and mechanisms of action and strain characterisation is an area in which we would like to bring further value to our clients.

Recently the company supported the thesis project of Dr. Cyril Poupet—with the results now published in the journal Microorganisms. The most recent publication is titled: Curative Treatment of Candidiasis by the Live Biotherapeutic Microorganism Lactobacillus rhamnosus Lcr35® in the Invertebrate Model Caenorhabditis elegans: First Mechanistic Insights.

The collaboration began after Poupet’s internship at Biose Industrie with project manager Dr. Claire Derlot, focusing on optimizing the fermentation and lyophilization process for live microorganisms via real-time monitoring of biomass and adjustment of physico-chemical parameters during bacterial growth. Poupet then turned his attention to a thesis under the supervision of Prof. Stéphanie Bornes at the University of Clermont Auvergne. He wanted to take a close look at the antimicrobial properties of the Live Biotherapeutic Product Lactobacillus rhamnosus Lcr35® (recently re-named Lacticaseibacillus rhamnosus).

“The thesis was carried out with very strong relationships with Biose Industrie,” Poupet says. “It has been an extraordinary experience for me, at the border between fundamental and applied academic research and industrial research.”

Poupet notes recurrence of Candida albicans infections is associated with greater resistance to antifungal drugs, which necessitates the development of new antifungals. For his research project, he studied the live microorganism L.rhamnosus Lcr35®, whose antifungal potential hadalready been demonstrated using preclinical models (cell cultures, laboratory animals). The study was designed to find out how L.rhamnosus Lcr35® resisted C. albicans in two different experimental models: the in vitro Caco-2 cell model and the in vivo Caenorhabditis elegans model.

“In Caco-2 cells, we showed that the strain Lcr35® significantly inhibited the growth and adhesion of the pathogen. Moreover, in addition to having a pro-longevity activity in the C. elegans model, Lcr35® protects the animal from the fungal infection, even if the yeast is still detectable in its intestine.”

Poupet’s project indeed uncovered clues about the mechanisms by which Lcr35® worked: by repressing genes of the p38 MAPK signalling pathway and genes involved in the antifungal response. He says,

“This suggested that the pathogen no longer appears to be detected by the worm immune system.”

Further research built on these results could lead to the development of novel antifungal therapies. Poupet notes, however, that it will be important to test these results in other models—human cells, non-human mammals, or even humans—since bacterial metabolism would likely change at human body temperature (37 °C) compared to the preferred temperature of C. elegans (20 °C), which was used for the experiments.

Shortly after the time of the paper’s publication, Poupet came on board with Biose Industrie in the role of CDMO engineer in research and development processes, responsible for optimizing the fermentation and lyophilization of specific microbes at laboratory scale (culture in flasks and bioreactors) all the way up to industrial scale (GMP production).

Poupet emphasizes that continual learning is part of what he enjoys about the role.

“Participating in understanding how these small living beings work in order to better tame them, and make them into effective tools in the fight against pathogens, is a real source of motivation,” he says.