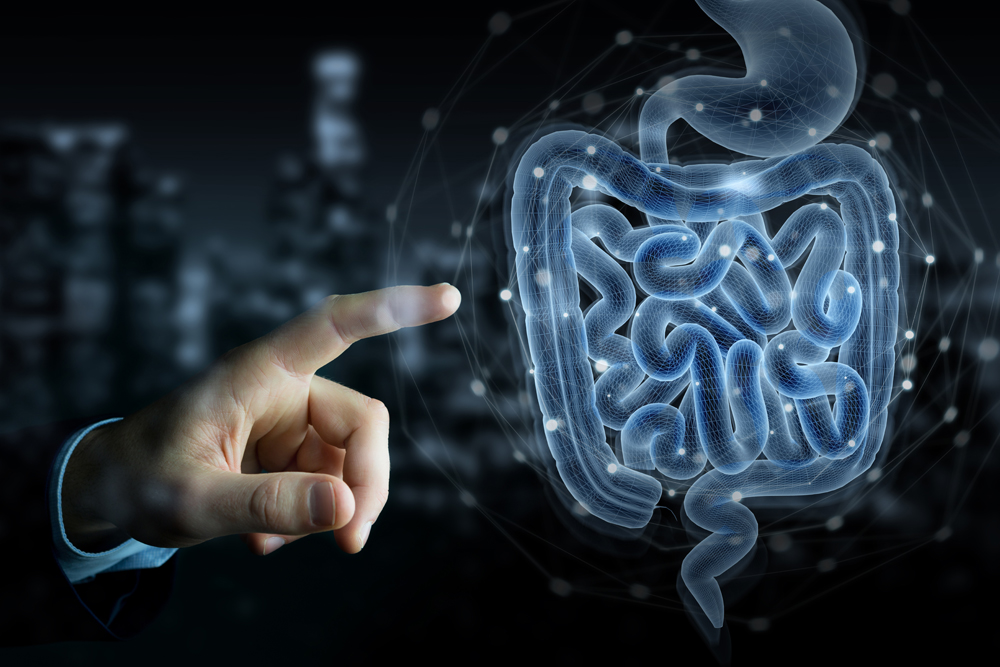 Hundreds of companies around the world are currently working on how to leverage human microbiome research for new clinical solutions – with at least €900M invested in microbiome-focused companies in 2020. The Microbiome Movement Drug Development Summit Europe, held 27-29thJanuary as a digital event, provided an opportunity to hear from some of the leading companies and learn about their approaches to drug development in this exciting and emerging field. Biose Industrie was pleased to be an Innovation Partner for this event, which included more than 40 speakers.

Although the virtual event world is far from ideal, the platforms are getting more user friendly and we did succeed in appreciating the excellent science that was on offer.

Here’s a summary of some of the highlights on days 1 and 2 of the event.

In the microbiome field, discovery and pre-clinical development of drug candidates are highly complex. This stream of talks began on the topic of discovery. Tom Van de Wiele, CSO at ProDigest, presented on “Delivery, survival, engraftment and activity of live biotherapeutic products in the GI tract”. Van de Wiele explained how to address various questions about a candidate live biotherapeutic product (LBP) using state-of-the-art model systems to simulatethe physiology and microbiology of the gastrointestinaltract: How does the LBP survive or engraft? What is its effect on the microbiome? What is its mode of action in host health? He described how the models can simulate interindividual variability so that in vivostudies can be planned accordingly.

Moving on to the topic of small molecules and microbiome chemistry, participants heard from Nicole McKnight, CEO of Stellate Therapeutics, a company which discovers small molecules produced by bacteria of the human gut to address neurological diseases. By using what they call “co-evolved molecules”, they aim to de-risk the drug development process. That’s because in conventional drug development, the biological effects are tested in humans relatively late in the clinical trials process; whereas Stellate conducts human observationalstudies on patient samples during the preclinical phase. Their lead candidate, STL-101,is a synthetic form of queuine(produced by gut bacteria), as a disease-modifying therapy for Parkinson’s disease that acts through neuroprotection.

This was followed by a presentation by Shiri Meshner, VP of R&D at Biomica. Shiri explained how they use computational predictive biology for discovery and development of novel therapies for microbiome-related humandiseases. Using databases generated via data integration plus proprietary computational algorithms for miningthe data, they have discovered candidates in immuno-oncology, inflammatory bowel disease (IBD) and irritable bowel syndrome (IBS), and antimicrobial resistance applications.

Lutz Krause of Microba presented on “Using a human-first, data-driven approach to therapeutic discovery”. Their approach to microbiome drug discovery makes use of a large proprietary human dataset. With this, they interrogate the ‘novel microbiome’, focusing on the 71% of the human microbiome that is currently considered unculturable. Once they identify leads, they focus on genome-directed isolation then preclinical validation. Currently they have a candidate single strain for patients with ulcerative colitis, and discovery to preclinical validation completed within 18 months.

Rob Finn from European Molecular Biology Laboratory&European Bioinformatics Institute (EMBL-EBI) spoke on “Magnifying the human gut microbiome”. He noted that most gut species lack isolate genomes, and described MGnify, afree resource for archiving, assembly, analysis, and browsing of microbiome data. MGnify constitutes the largest single collection of public gut microbiome genomesand is constantly being expanded to include additional genomes, including phage annotations. He also described the institution’s work on phages specifically: they have a dual approach to discovering human phage diversity, using isolate genomes and metagenomics. This has resulted in the ‘gut phage database’, soon to be published in Cell.

Gregory Amos of NIBSC (the UK’s Official Medicines Control Laboratory) then spoke on a hot topic globally: “Developing Standards for the Microbiome Field”. He explained that microbiome standards are reference reagents that allow for comparison of measurements across laboratoriesand which support the development of microbiome diagnostics and therapeutics. His institution is leading 12 World Health Organization endorsed projects in order to establish WHO referencereagents for analysis of the microbiome. The NIBSC‘ground truth’ reference reagents are intended to analyse and evaluate microbiome analytical pipeline performance at different steps, while leaving open the user’s choice of pipeline. A challenge is to establish consensus thresholds for users to ensure harmonization on a global scale.

Participants heard from Françoise Le Vacon Chief Scientific Officerat Biofortis on “The Microbiome, as a companion for therapeutic products development”. She brought up the point that various new products in this space have the potential to impact the microbiome in a negative way. She predicted that “microbiome friendliness” could be of relevance to an array of new products, and asked whether we will have to take the microbiota into account for tomorrow’s toxicology. She described the issues of whether a drug affects the gut barrier, composition (dysbiosis), or immunomodulation; and at the same time, whether the gut microbiota in turn affects the drug pharmacokinetics(conversion, hepatic xenobiotic metabolism), pharmacodynamics(immunoregulatory or effector immune functions), or local tissue integrity.

The next talk focused on “Leveraging Gut Microbiota Cross-Talk with Immune System to Enhance Cancer Immunotherapy”, by Fabio Grassi, founder of MV BioTherapeutics SA. Their technology addresses responsiveness to cancer immunotherapy drugs, based on the discovery that adenosine triphosphate (ATP) released by gut microbes regulates the intestinal adaptive immune system. Their technology platforms focus on intestinal delivery of the ATP-degrading enzyme apyrase to modulate both the microbiota and immune system responsiveness. In his view, the advantages of apyrase-modified biotherapeuticsinclude the ability to modulate the intestinal microbiota, the use of strains that are already on the market, and oral delivery-which lowers costs and increases patient compliance.

Conrad Lichtenstein,Chief Scientific Officer at Nemesis Bioscience presented on “Nemesis Symbiotics for Inactivation of Anti-microbial Resistance Genes in the Microbiome”. The company is addressing global antibiotic resistance by developing Transmids©,which are DNA therapeutics administered before or with antibiotics to inactivate resistance in bacterial pathogens.Transmids, he explained,are are conjugative plasmids encapsidated in a phage coat, delivered by infection and by bacterial conjugation. Interestingly, transmids can make existing antibiotics work again, prevent spread of antibiotic resistance genes,and protect new antibioticsfrom the emergence of resistance. Data from one of their studies showed around 85% of the bacteria in the system acquire the transmid by infection and subsequent conjugation within 20 hours, with more than 99% of these resistant bacteria being returned to antibiotic sensitivityas a result.

According to Jenny Bailey, CEO and co-founder of Ferryx, iron is an important consideration for LBPs targeting the chronically inflamed gut; some bacteria increase their growth rate in response to iron, which can have different effects on a host. Ferryx has taken this into account in developing their lead drug candidate, Streptococcus thermophilusFX856, which has the ability to induce mucosal healing during a state of inflammationin the gut.

In a section of the program on “Manufacturing the Microbiome”, Biose Industrie Business Development Director, Richard Ellis presented on “Taking CMC to the next level and preparing for commercial manufacturing of Live Biotherapeutic products”.  Richard gave an in-depth presentation on the complexities of developing a solid process for manufacturing LBPs for clinical trials and also gave some brief glimpses into their ongoing late stage Phase III programs and how Biose Industrie is already equipped to manufacture LBPs at commercial levels.

MaaT Pharma’s Chief Medical Officer John Weinberg then talked about the company’s LBP MaaT013 for the treatment of acute graft-vs-hostdisease (GvHD). Starting from the finding that fecal microbiota transplant showed efficacy for steroid-resistant gut GvHD, they developed the MaaT013 “Microbiome Ecosystem Therapy” for restoringhomeostasis and the gut barrier. Based on preclinical and clinical studies, they believe the mechanism of actioninvolves restoration ofmicrobiome diversity, regeneration of thegut barrier, and control of inflammation.The drug candidate shows promising results for treating acute GvHDand is safe in these highly immuno-supressed patients. Phase II results are forthcoming.

“Discovery of Pharmacological Agents Emitted by Intestinal Bacteria” was the topic presented by Todd Z. DeSantis, VP Informaticsat Second Genome. Bacteria producemetabolitesthat can alter human gene expression, which ends up affecting inflammationandmetabolismamong other things. In order to discover these biomolecules develop them into drugs, the company collectsclinical microbiome data, conductsmulti-technology meta-analyses, selects candidates in a data-driven manner,and finally screensthese candidates through in vitro and in vivo models of disease. They work in multiple disease areas, having pinpointed strains with therapeutic potential in IBD and other areas.

Alpha Biomics CSOMarcus Rauchspoke about “Leveraging the microbiome to deliver safer and more efficacious drug therapies”. They too are focused on IBD, addressing the problem that biologic drugs do not benefit all individuals with IBD who are taking them. Since the gut microbiome influences drug responses via both direct mechanismsand indirect mechanisms, they have developed RxSelexTMas a precision medicine tool to predict efficacy for individuals. They gather patient stool and data, then use a predictive algorithm and produce a physician report on the patient’s drug response prediction. This technology is currently being validated through various studies.

Finally, Assaf Oron of BiomXprovided an introduction to how they develop disease modifying therapies based on phagesas precision medicines. Their “XMarker” platform aims to find a disease signature with high sensitivity and specificity, and provides high resolution – from SNV to gene, strain,and pathway level.The company currently has a collaboration with Johnson & Johnson with the goal of identifying responders to a key IBD drug.