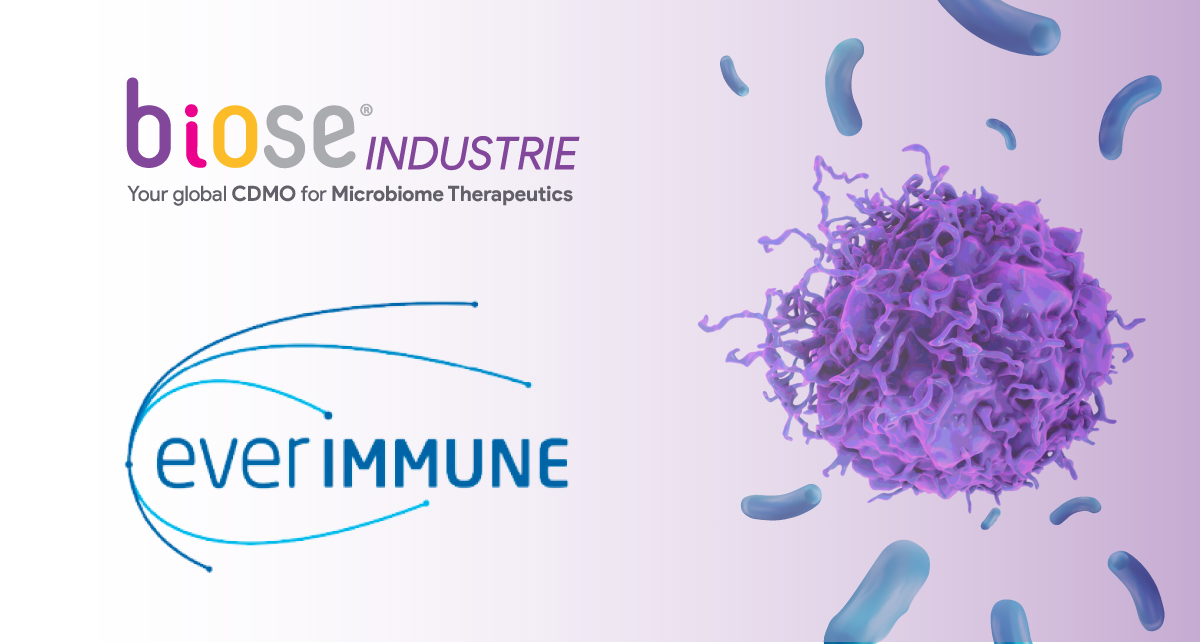 The orally-administered drug candidate, called Oncobax® AK, consists of a proprietary strain of Akkermansia. It has been shown in preclinical work to enhance patient responses to immunotherapy drugs in both non-small cell lung cancer and renal cell carcinoma. The product works by modulating the gut microbiota of anticancer immunotherapy non-responders and turning them into responders.

As a strict anaerobe with particular requirements for growth, Akkermansia is notoriously difficult to deliver as a drug. Jean Luc Marsat, Chairman of everImmune, says,

“In choosing our partners to support our clinical trial, we have encouraged players in the French ecosystem. Biose then became obvious to us as a CDMO service provider to develop our Akkermansia -based product Oncobax® AK and we are fully satisfied with the partnership. Being able to bring our LBP candidate to cancer patients depends entirely on whether it can be manufactured according to drug standards. Biose Industrie was the clear choice to produce our strain of Akkermansia.”

Biose Industrie has worked extensively on the strain and is able to produce the lyophilized product at higher concentrations than anyone else has achieved in the industry, allowing the dose to be packaged in smaller formats. Together everImmune and the CDMO have completed the process development and are now working on GMP manufacturing.

“We are really proud to support everImmune on this journey. The fact we can help develop the cutting-edge microbiome science on responder/non-responder populations coming out of Laurence Zitvogel’s lab is a clear indication that Biose Industrie is successfully teaming up with leaders in the microbiome world. We look forward to continued success with Jean Luc Romain and the team at everImmune.”

The first clinical trial using Oncobax® AM is expected to begin recruiting for April 2022.

Biose Industrie is a world leading CDMO for Live Biotherapeutic Products. Founded in 1951 by pharmacists and microbiologists, Biose Industrie has more than 60 years of experience in the development and production of live bacteria-based drugs. The company offers lab development specialised in microbiology and is Drug GMP certified for the manufacturing of API, clinical batches and commercial products.

everImmune is a biotechnology company specialized in the development of live biotherapeutic products in the field of microbiota oncology. It harnesses the gut microbiota for the development of a unique theragnostic approach to restoring the response of immune-checkpoint inhibitors (ICIs) in cancer patients.

Created in 2016 by co-founders Pr. Laurence Zitvogel and Dr. Romain Daillere, everImmune is a spinoff from Gustave Roussy; Europe’s first cancer institute, based in Paris, France. The company is part of ONCOBIOME, the first European program dedicated to microbiome and cancer, funded by the European Union.

Based in Villejuif, near Paris, everImmune has five staff.