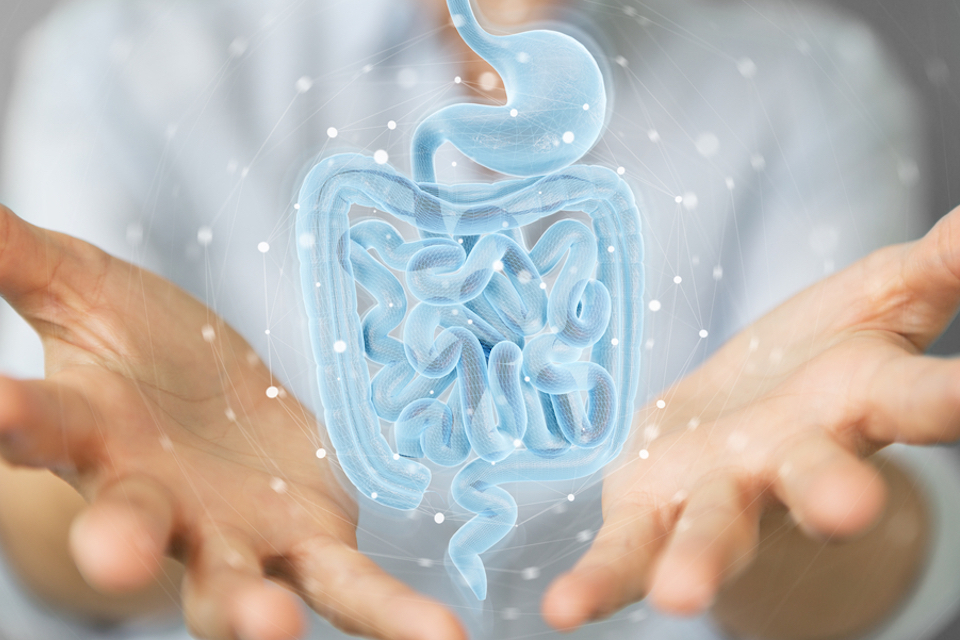 Of all the diseases and conditions linked to the gut microbiome, the inflammatory bowel diseases (IBDs) ulcerative colitis and Crohn’s disease have been some of the most promising indications for potential therapeutics. Not only did early studies show robust differences in gut bacterial communities between those with IBD and healthy controls, but also, the observed clinical improvements in many individuals with ulcerative colitis after fecal microbiota transplantation (FMT) provided support for the idea that gut microbiota could be manipulated for clinical benefit.

With several thousand studies and reviews now published on the topic of IBD and gut microbiota, however, discovering the exact role of the gut microbiome in IBD has proven complicated. Although the community of gut microbes in those with IBD has consistently lower diversity compared to those without IBD, no consistent microbial signature has been identified for either ulcerative colitis or Crohn’s disease. It remains unclear whether gut microbiota changes trigger inflammation, or are merely a consequence of the IBD-associated inflammatory cascade. Moreover, the gut microbiota in IBD is unstable, especially during disease flares. Genetics, diet, and microbiota interact in complex ways, prompting the authors of one recent study to caution that, “rational design of any therapeutic manipulation of the microbiota will have to contend not only with the heterogeneity of the host response, but also with widely differing lifestyles and with much variance still unaccounted for.”

Despite these complexities, the great potential in this area is being reinforced by companies that are successfully advancing gut microbiome diagnostics and therapeutics related to IBD. Several candidates are already in Phase 2. Here is a roundup of some of the leading companies working on IBD therapeutics or other tools related to the gut microbiome:

4D pharma is advancing a product called Thetanix, consisting of a single-strain human gut commensal for pediatric Crohn’s disease. This candidate targets inflammation in the lower bowel, and its Phase 1b trial is now complete. Interestingly, the company has a closely related candidate called Blautix for irritable bowel syndrome, which is already moving ahead into Phase 3.

Biogaia Pharma’s BGP014 candidate is targeted for Ulcerative Colitis (UC) with the aim to induce and maintain remission. The program is currently being evaluated for safety, tolerability and preliminary efficacy in the approved Phase I multi-centre study with mild to moderate UC patients in Sweden.

Microbiotica is advancing MB310 in ulcerative colitis which is in late stage process development. MB310 is a consortium of 10 bacteria identified by reverse engineering from a successful placebo-controlled faecal transplant trial. The bacteria, which come from all three major phyla of gut bacteria, were identified by mass culturing from the donors and precision metagenomics. They have been shown to have efficacy in vivo, and to have multiple therapeutic mechanisms, affecting gut epithelial barrier repair, innate immunity and adaptive immunity in ex vivo human cell assays.

Seres is advancing two therapeutic candidates for IBD in collaboration with Nestle Health Science. Its most advanced candidate is currently in Phase 2: SER-287 for inducing remission in mild-to-moderate ulcerative colitis. This drug candidate consists of a collection of bacterial spores derived from targeted bacteria in the stool of healthy human donors. Seres also has SER-301, in Phase 1, which is aimed at treating mild-to-moderate ulcerative colitis. This one consists of a consortium of bacterial strains that is manufactured by fermenting each strain individually and then combining them to form a drug product.

Finch Therapeutics is currently working with Takeda on two drug candidates in this area, both of which are in the preclinical development stage. TAK-524 is a candidate for ulcerative colitis—a consortium of bacteria grown in pure culture. They also have the targeted bacterial consortium FIN-525 for Crohn’s disease. Bacterial strain selection for these products was informed by data from fecal microbiota transplantation studies, as well as mechanistic data.

Vedanta’s candidate for IBD is VE202, a defined bacterial consortium of human commensals selected for their ability to impact the number and activity of regulatory T cells. The company has obtained positive data from two Phase 1 studies and is currently undertaking a Phase 2.

MRM Health has a therapeutic candidate called MH002, consisting of six commensal bacteria to target disease mechanisms in ulcerative colitis: repairing the intestinal barrier and influencing immune activity. The strains are selected to engraft in the gut upon daily oral administration. Currently this drug candidate is in Phase 1b/2a.

Alpha Biomics has BX003, a potential therapeutic that uses a group of phages rather than bacteria to target IBD (as well as primary sclerosing cholangitis). The candidate is an orally administered phage cocktail, targeting bacterial strains of Klebsiella pneumoniae, which is hypothesized to play a major role in inducing inflammatory responses in IBD.

The candidate being advanced by Enterome is based on microbiome research but does not involve live microbes. The company creates drugs based on proteins secreted by gut bacteria, which ‘pressure’ the immune system in a way that mimics hormones or cytokines. The company’s EB1010 for IBD (as well as food allergy) is currently in preclinical development. A more advanced candidate in Phase 2, sibofimloc/TAK-018 for post-operative Crohn’s disease, is designed to reduce inflammation mainly by protecting the gut barrier and preventing bacterial translocation.

Alpha Biomics is a company pursuing the idea that the gut microbiome influences responses to common IBD drugs. The company has a collaboration with Johnson & Johnson with the goal of identifying responders to a key IBD drug. Their “RxSelex” test involves collecting stool and data from an individual, then using an algorithm to predict the individual’s drug response. This technology is currently undergoing validation.

Many unmet needs exist for those with IBD. The fact remains that only about half of patients with IBD show a satisfactory response to immunosuppressive drugs, and often the effects of these drugs diminish over time. Microbiome-focused therapeutics thus represent important and exciting innovations in patient care, which are likely to be realized in the not-so-distant future.