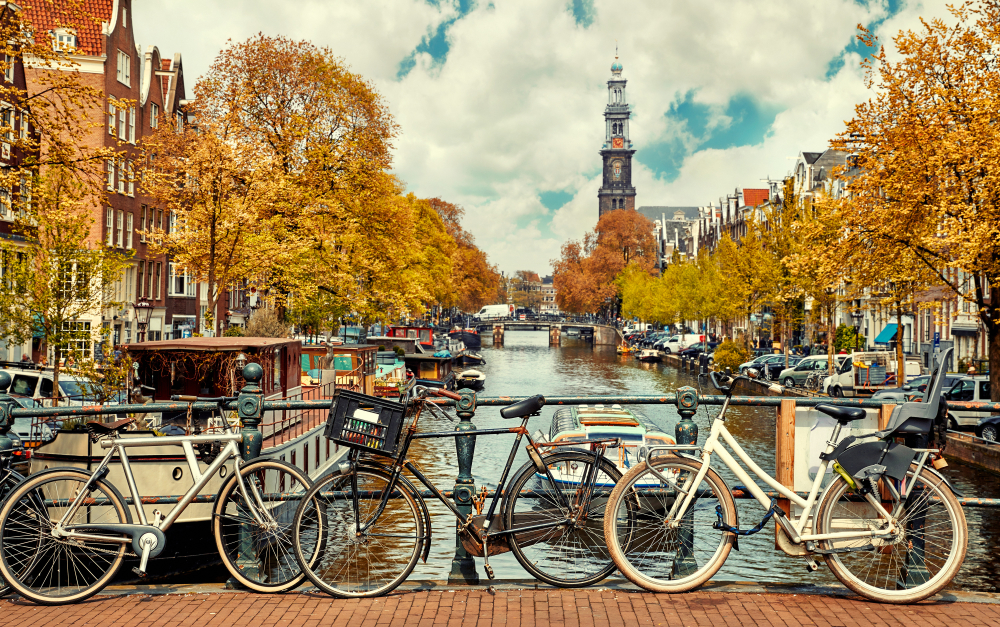 The Microbiome Connect Europe event, by Kisaco Research, was held recently in Amsterdam, the Netherlands. The speakers covered many facets of microbiome-focused products: discovery, clinical validation and mechanisms of action, commercial development, and manufacturing. Despite several high-profile microbiome companies facing closure during the past year, the industry remains strong—the conference showcased many diverse and promising approaches for commercializing microbiome-based medicines and consumer products.

Here are some of the highlights from the event:

Chrysi Sergaki of the UK’s Medicines and Healthcare products Regulatory Agency / National Institute for Biological Standards and Control (NIBSC) talked about “Developing global standards for the microbiome field”. She noted that the lack of standardization of microbiome research is a weak point of the entire field, and that NIBSC launched its microbiome program in 2016 to address this issue. Steps that require standardization in microbiome research are collection & storage, DNA extraction, and sequencing & bioinformatics. NIBSC has been working with the World Health Organization (WHO) and conducted the first collaborative study to establish the DNA-Gut reagents as WHO International Reference Reagents for use in next-generation sequencing analysis. The NIBSC reference reagents can be helpful for evaluating microbiome analytical pipeline performance at different steps, and Sergaki encouraged scientists to evaluate their own pipelines using the reference reagents.

Speakers covered diverse approaches to microbiome modulation with the aim of improving clinical parameters. “Microbiome-based interventions for Diabetes and Liver Disorders” was covered by Luc Sterkman, MD, CEO of Caelus Health. Sterkman says the company starts with clinical data on fecal microbiota transplantation (FMT) (their “in-human discovery tool”) to develop single-strain and consortia as interventions for Type 1 and Type 2 Diabetes and NAFLD/NASH. Notably, the company has an FMT study for T1D that shows autologous (not donor) FMT helped preserve beta cell function; another study on donor FMT in NAFLD/NASH showed improved liver histology in steatohepatitis.

Eric van der Helm of SniprBiome presented on “Applying CRISPR to treat life-threatening diseases”. The company uses CRISPR to target prokaryotic cells—that is, to kill specific bacterial species. The idea is to target specific strains in those with a disease, or to kill bacteria precisely in healthy individuals, so that the commensal microbiome is left intact. Delivery occurs via bacteriophages (i.e. CRISPR-armed phages) or bacterial conjugation. Of the company’s three areas of focus, antimicrobial resistance, oncology, and gut-directed gene therapy (for CVD and IBD), their most advanced candidate is in the area of oncology. Their drug candidate SNIPR001 is an oral formulation of four CRISPR-armed phages, which selectively kills E. coli to prevent antibiotic-resistant E. coli bloodstream infections in people with hematological cancer. The candidate has 90% coverage of E. coli, with no off-target effects on clinically relevant bacteria.

Grégory Lambert of Targedys spoke about “Microbiome and molecular mimicry of human hormones”. Lambert outlined the company’s approach to finding therapeutics that have effects on eating and metabolism via the gut-brain axis: three technology platforms, delivering both therapeutic and nutraceutical products. One candidate they have developed is L. gasseri & L. salivarius delivered as probiotics/postbiotics, based on molecular mimicry of oxytocin, to reduce anxiety and depression activity. To find the candidate, they extracted and identified proteins from bacterial cultures, then did peptide synthesis and functional validation of the proteins. So far they have shown efficacy in mouse models.

Turning to the skin microbiome, Christian Röhrig of Micreos spoke on “Selective killing of Staphylococcus aureus via endolysin action”. Röhrig noted that S. epidermis occupies healthy skin and protects against S. aureus, which is shown to trigger and aggravate skin diseases (in particular, atopic dermatitis). They are working on a drug candidate to selectively kill S. aureus. Peptidoglycan hydrolases (PGHs) have an active killing mechanism against specific bacteria, and they have discovered the endolysin XZ.700 from bacteriophages that electively kill S. aureus, working against the bacteria in a dose-dependent manner.

Tools to support development and manufacturing

Several presenters covered novel tools and approaches to support microbiome companies in development and manufacturing of their drug candidates. Morten Isaksen of Bio-Me AS, spoke on “Precision Microbiome Profiling: A Tool to Support Successful Clinical Development and Market Introduction of Microbiome Modulating Drugs”. He highlighted the importance of considering microbiome-based biomarkers early on for adding value to the drug development process. The company offers Precision Microbiome Profiling, a targeted approach to microbiome profiling that has the end in mind, leading straight to a diagnostic solution. Based on whole-genome sequence data, the approach helps transition microbiome-based biomarkers from discovery to routine testing. Considerations along the way include: translatability, lab procedures, patient considerations (e.g. non-invasive is preferred), biological variability, and clinical routine practice (e.g. fast and actionable results).

Anna Kattel, from Tallinn University of Technology, gave a presentation called “Co-culture process development using individual substrates”. Noting that bacteria have different requirements for media and environment, Kattel highlighted that co-cultivation of bacteria offers various benefits. She described a proof-of-principle co-culture study that showed diversity in the co-culture is maintained with unique carbon sources for each strain; cross-feeding between species was observed, and metabolic pathways helped predict substrate consumption. Ultimately, two species co-culture was achieved and substrate control was demonstrated. This lays the groundwork for more diverse co-cultures with three or more species.

Simone Guglielmetti of University of Milan presented “What’s after life? Paraprobiotics and postbiotics: From research to applications”. He started by reviewing the definition of probiotics: “live microorganisms that, when administered in adequate amounts, confer a health benefit on the host”. However, there are limitations to the use of these viable microbial cells: first, keeping microorganisms alive through a product’s shelf life can be expensive and difficult. And second, the scientific literature overall shows live microorganisms can sometimes pose a safety problem for susceptible hosts. All of this leads to the question: can some ‘inactivated’ or killed bacteria still have beneficial effects? Guglielmetti calls these paraprobiotics or postbiotics and says some products in this category have shown efficacy. To date, this type of product appears to have three main categories of mechanisms: aiding equilibrium of the intestinal microbiota; immunomodulation; and influencing metabolic activity.

In manufacturing, tyndallization (a discontinuous sterilization protocol with successive heating cycles) is the most common way to prepare paraprobiotics. Another method, however, which offers some advantages, is gamma irradiation. In whatever way the microbial inactivation occurs, Guglielmetti believes these products are very promising and provide an opportunity to facilitate the (safer) use of next-generation probiotics such as F. prausnitzii & A. muciniphila, which originate from the human gut and have not previously been intended for human consumption.