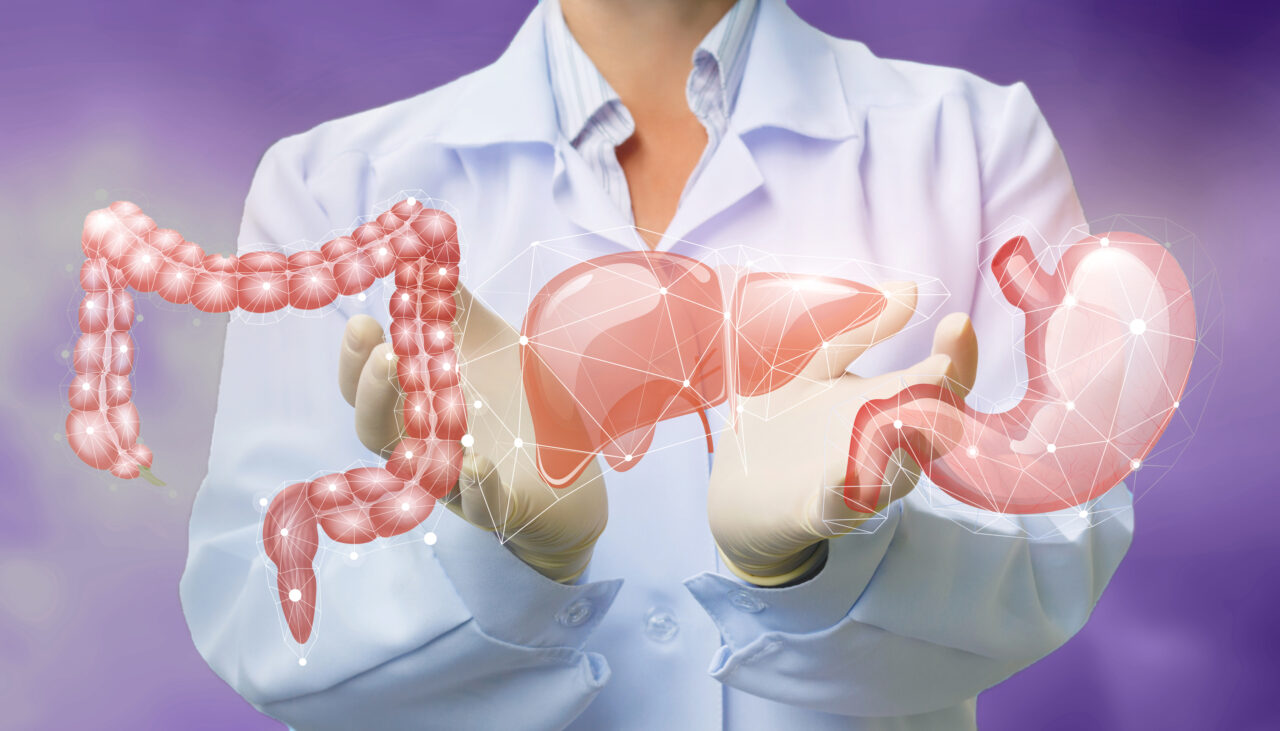 Within the body’s renal system, the kidneys are the main players. Each person’s kidneys manage to filter around 200 litres of fluid per day, working to remove toxins from the blood, balance electrolytes, keep a consistent amount of water in the body, and secrete essential hormones.

In the past decade, scientists have looked at how these hard-working organs may be influenced by the bacteria and other microorganisms residing in the digestive tract, or gut. Although the kidneys themselves are considered sterile, evidence is accumulating that the gut microbiota influence kidney function in several ways.

The microbiota-gut-kidney axis is the bidirectional relationship between the gut microbiota and the kidneys. The ‘crosstalk’ between these two body systems takes place in two main ways:

Gut microbiota alterations occur in patients with various renal diseases and conditions. In chronic kidney disease (CKD), studies show individuals with CKD have altered gut bacteria: in one study, increased bacteria from the taxa Klebsiella and Enterobacteriaceae were observed, with reduced Blautia and Roseburia. As the disease progressed, Thalassospira and Akkermansia (which is normally associated with health benefits) were increased. Another study showed very subtle gut microbiota changes in early-stage CKD.

A 2020 meta-analysis of studies also determined that individuals with kidney stones have altered gut microbiome composition, although no consistent pattern was observed.

In end-stage renal disease (ESRD), gut microbiota composition seems to be altered as well. One group found 190 operational taxonomic units (OTUs) altered in those with ESRD versus controls; furthermore, patients with ESRD appear to have an expansion of bacterial taxa that possess tryptophanase and urease genes. The plasma from ESRD patients tends to have higher concentrations of urea, which gut microbes help convert into ammonium hydroxide; the latter disrupts the proteins that keep tight junctions in the gut together.

Paralleling several other cancers, scientists have found that gut microbial composition is associated with the efficacy of immunotherapy drugs for renal cancer.  An important study from 2020 used shotgun DNA sequencing to analyze fecal microbes in people with renal cell carcinoma, backed up by preclinical models, and found that fecal microbiota composition was a driver of response to immunotherapy drugs.

Although kidney-related indications are not the most common ones in the microbiome space, several companies are advancing gut microbiome-targeting drug products that target kidney disease. Osel Therapeutics, in addition to its live biotherapeutic product (LBP) targeting bacterial vaginosis and urinary tract infection in women, is also developing an LBP focused on renal cell carcinoma: CBM-588. Interestingly, CBM-588 is a butyrate-producing strain of Clostridium butyricum that has long been used in Japan in non-drug applications for digestive symptoms. The company is now bringing it through Phase 1 trials with the aim of improving clinical outcomes in both advanced renal cell carcinoma and hematopoietic stem cell transplantation. The company published an open-label study that showed promising results for this LBP drug candidate in improving clinical outcomes for patients with renal cell carcinoma who were treated with nivolumab–ipilimumab.

Everimmune is advancing Oncobax AM, a microbiome-focused therapeutic based on Akkermansia muciniphila and aimed at improving responses to immunotherapy in renal cancer (as well as lung cancer).

Kibow Biotech is a company with a number of prebiotic and probiotic dietary supplements on the market, including a kidney health supplement (Renadyl™) that has been available to consumers for over 20 years. The company recently decided to transition the supplement to a live biotherapeutic product targeting chronic kidney disease stage IV. The product consists of 3 probiotic strains that use nitrogenous wastes as nutrients, reducing their buildup in the digestive tract. In its drug iteration, the product will have to meet new standards for safety, efficacy, and manufacturing quality.

Notitia Biotechnologies has an approach focused on restoring key groups of bacteria called “foundation guilds”, either by providing the guilds directly or promoting their growth in the gut microbiome. The company has a candidate for early/end-stage diabetic kidney disease, which has completed a Phase 1 trial.

Finally, Qu Biologics lists kidney cancer is among the conditions being targeted by its Site Specific Immunomodulators (SSIs), which aim to recruit immune cells to a specific organ or tissue to normalize immune function. The SSI targeting kidney cancer is derived from components of inactivated urogenic E. coli and is administered by subcutaneous injection.

Although the drug products being advanced to target the gut microbiota for kidney health are relatively few, they represent hope to those affected by kidney diseases, including cancer. Continued advancements in understanding how the pathogenesis of kidney disease relates to the gut will very likely bring about novel microbiome-focused therapies.