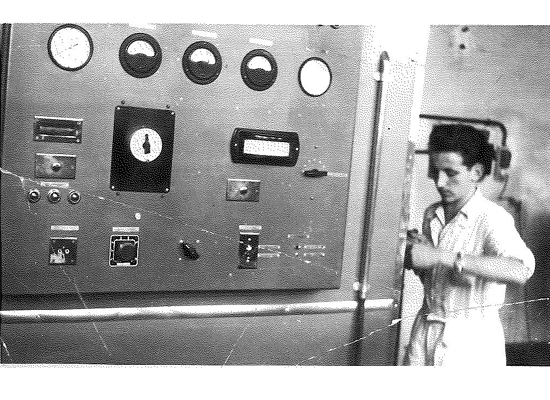 The 1940s and 1950s were known as a ‘golden age’ of microbiology, with scientists making major advances in knowledge about bacteria as well as the development of many life-saving antibiotic drugs: penicillin, streptomycin, and tetracycline. After World War II, scientists also wanted to develop drug products that would supply beneficial bacteria to the gastrointestinal tract and potentially counter the side effects of antibiotics.

It was in the early 50s when a strain of bacteria known as Lactobacillus casei rhamnosus35 (Lcr35) was isolated from the gut microbiota of a healthy infant. This aerotolerant, homofermentative bacterium was recognized as having therapeutic potential, but until then, there was no way to ensure that bacteria remained alive in powder form until it reached the end user.

The problem was solved by scientists at Lyocenter Laboratories (in French, “Laboratoires Lyocenter”), which was founded in 1951 in Aurillac to specialize in manufacturing live biotherapeutic products for which the company developed a novel freeze-drying process for bacteria—a major technical innovation in the field.

The company’s expertise quickly became sought-after globally, with Lyocenter Laboratories bringing Contract Manufacturing including drug substance and drug product experience, for large-scale production to a number of different clients around the world for both Vaginal and Gut applications.

Next generation sequencing brought about a new wave of Microbiome Therapeutics. This required a fusion of our long understanding of GMP production and new techniques for growing and stabilising strictly anaerobic bacteria both as a drug substance and a drug product.

Today, Biose Industrie has now seized the role of world leader in the development and industrialisation of Live Biotherapeutics as the only one-stop-shop CDMO to be producing clinical and commercial material in large industrial volumes.